Where Does it Hurt?

Where Does it Hurt?

Photo by benjamin lehman on Unsplash

On the afternoon of Saturday, May 14, a white 18-year-old gunman named Payton Gendron walked into a Tops supermarket and shot 13 people—murdering 10 and injuring 3. He did this all while streaming the murders on Twitch.

He is a White Supremacist who plotted the murder of innocent black people he did not know and then drove 200 miles to execute them for no other reason than he believed that the color of his white skin gave him the right to do so.

Tragically, this is nothing new in the United States. But perhaps because it is coming at a time when there is so much global unrest and tragedy, it is hitting me particularly hard trying to imagine the families of Aaron, Ruth, Pearly, Kat, Heyward, Celestine, Roberta, Margus, Andre, and Geraldine learning that their beloved son, daughter, father, mother, grandmother, grandfather, sister, brother, aunt, uncle, cousin, niece, or nephew was murdered. That they were “taken from us by someone that is full of hate for no reason, for no reason,” as Ruth’s son, Garnell lamented in his statement to the press—gunned down by a White Supremacist who was aided and abetted by the system that spoon-fed him hatred, handed him his weapons, and then looked the other way in feigned shock and horror.

I imagine you are as tired of the devastating senselessness of unmitigated violence as I am. But I can assure you, we are not as tired as the black men, women, and children of this nation who live in the shadow of systemic and institutionalized racism and must face the consequences of our insidious legacy of slavery every day in every facet of their lives.

What can I do that will have a long-lasting and meaningful impact in the world and on the people who deserve kindness and mercy the most?

It’s a question I ask myself as I pace the house, walk the dog, vote at the ballot box, educate myself on oppression, educate others on oppression, do my work, donate to organizations doing their work, and steel myself to speak up to people I do not know and who do not share my values. But I don’t feel like it’s enough. And yet it’s all I’ve got right now and so I want to invite you to walk this path with me.

The first thing I’ve had to do for myself is try and understand the roots and hooks of oppressive systems—meaning why racism continues to be so deeply entrenched in the US and why the backlash from the crumbling system has been so violent.

About 6 years ago, I listened to a life-changing episode of On Being with Krista Tippett and Civil Rights legend and Public Theologian(1) Ruby Sales that helped deepen my understanding of why White Supremacy is on the rise again. (It also became another critical seed for the emergence of A Mighty Kindness into the world.)

For those of you who don’t know Ruby Sales’s story, she was a devoted Civil Rights activist and member of the Student Non-violent Coordinating Committee at just 17 years old. In the summer of 1965, she was a voter registration organizer and was arrested at a demonstration. After her release from jail, there was no one there waiting to pick her and the other protestors up, so they stepped into a local market for a drink while they waited. There, a gun-wielding White Supremacist named Tom Coleman threatened her and in the fracas, he went to shoot her when Jonathan Daniels, an Episcopalian seminarian, pushed her out of the way, taking the bullet meant for her. He died instantly. (His murderer was acquitted by an all-white jury. Unrepentant, Coleman said to the press he would do it again, shooting them both if he had the chance.)

As you can imagine, this deeply affected the young Sales and in this interview between her and On Being host Krista Tippet 50 years later, Sales speaks powerfully and evocatively about her commitment as a public theologian and her work with her non-profit, Spirithouse Project, which she founded in honor of Jonathan Daniels’s legacy.

“Where does it hurt?” 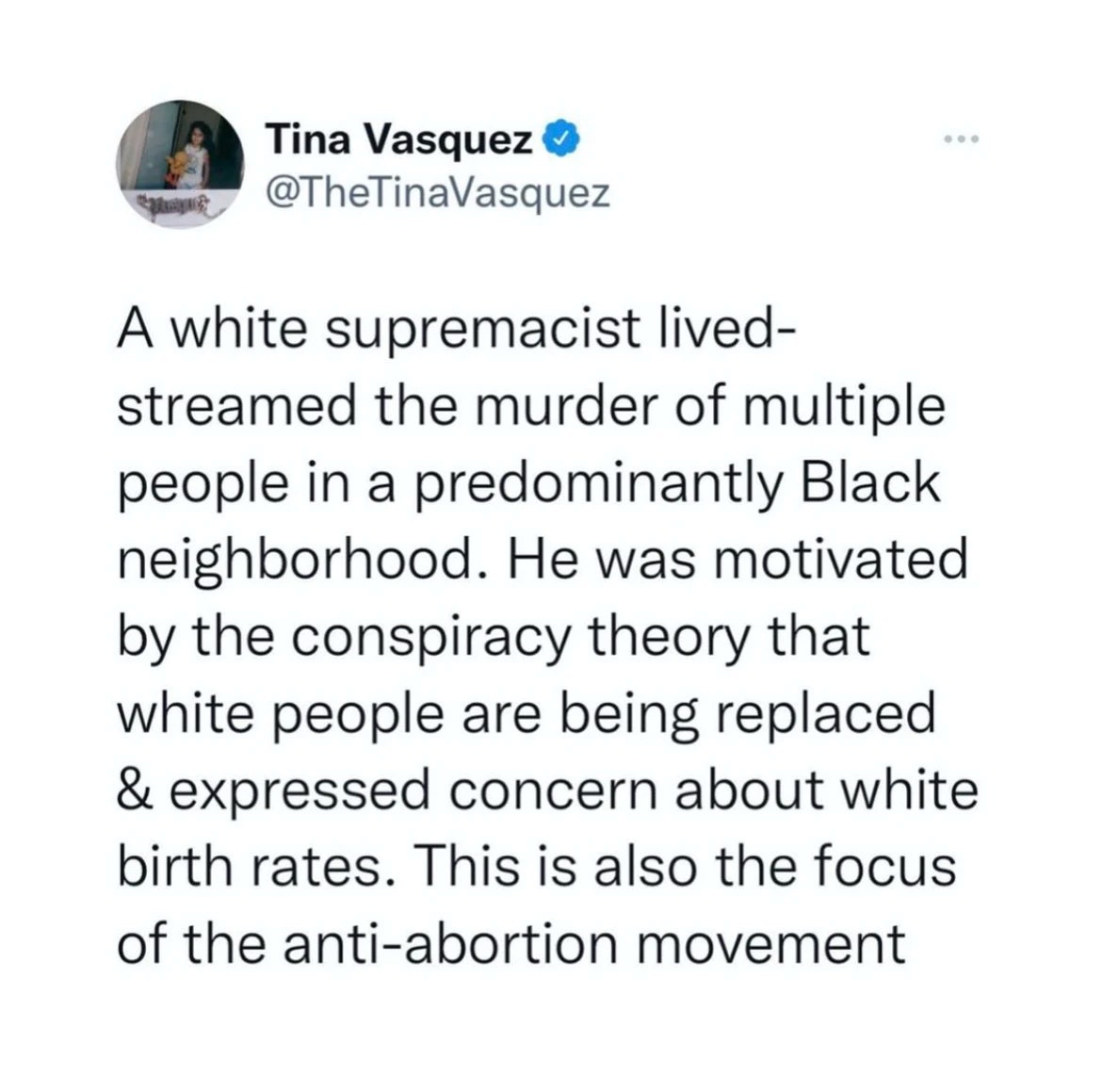 As a Public Theologian, Sales is devoted to spiritual activism, speaking and
organizing on topics of racial justice and other confluent spiritual issues that affect our communities. As part of her work, she has learned to ask others “Where does it hurt?” She says that it is a question that often cuts right to the heart of any matter and yet it is one we scarcely ask one another in public life any longer.

We experience this kind of side-stepping of reality on a daily basis—in our shellacked and carefully curated social media influencer lives—where we bypass our communal hurts and opt instead for a life of spiritual transcendence with pore-less skin and mess-free living. It is this veneer that we put on our lives that hides what Sales considers “a spiritual crisis in white America.” It is our avoidance of asking and examining the answer to this fundamental question—”Where does it hurt?”—that perpetuates the violence from white people who feel their power and dominion are rapidly decreasing without any hope or understanding of their new place in this world and ultimately their relevancy. What happens when you raise people in a culture of disposability and replaceability, and then tell them their reign of dominance is over? Sales offers some critical insight.

“How is it that we develop a theology or theologies in a 21st-century capitalist technocracy where only a few lives matter? How do we raise people up from disposability to essentiality? And this goes beyond the question of race. What is it that public theology can say to the white person in Massachusetts who’s heroin-addicted, because they feel that their lives have no meaning because of the trickle-down impact of whiteness in the world today? What do you say to someone who has been told that their whole essence is whiteness and power and domination, and when that no longer exists, then they feel as if they are dying? Or they get caught up in the throes of death, whether it’s heroin addiction — I don’t hear any theologies speaking to the vast amount — that’s why Donald Trump is essential, because although we don’t agree with him, people think he’s speaking to that pain that they’re feeling.”

She goes on to ask us,

“So what are the theologies? I don’t hear anyone speaking to the 45-year-old person in Appalachia who is dying at a young age, who feels like they’ve been eradicated, because whiteness is so much smaller today than it was yesterday. Where is the theology that redefines for them what it means to be fully human? I don’t hear any of that coming out of anyplace today.”

In her final entreaty, Sales declares,

“There’s a spiritual crisis in white America. It’s a crisis of meaning. We talk a lot about black theologies, but I want a liberating white theology. I want a theology that speaks to Appalachia. I want a theology that begins to deepen people’s understanding about their capacity to live fully human lives and to touch the goodness inside of them, rather than call upon the part of themselves that’s not relational. Because there’s nothing wrong with being European-American. That’s not the problem. It’s how you actualize that history and how you actualize that reality. It’s almost like white people don’t believe that other white people are worthy of being redeemed.“

It is from the spiritual crisis of Whiteness—which refers to the way that white people, their customs, culture, and beliefs operate as the standard by which all other groups of are compared—that arises the crisis of violence and hatred of those that are different. Whiteness instills in white people that in order to remain relevant and have a meaningful existence, they must be the dominant culture. To anyone who is blindly operating inside of this broken system without recourse or resources of any kind, this feels like death. And some of them end up killing those that they feel are replacing them as a result.

What to do, what to do

I share all of this because as I’ve stated  previously,  the spiritual and the political are inextricably connected in our lives. Our society and our policies are the political extension of our spiritual lives. We vote our values—the way we want to live. As Sales illustrated above, racism, oppression, and White Supremacy are not just the afflictions of capitalist technocracies and colonial ideals but are also rooted in a crisis of spirit. This is due to a lack of liberating and public theologies that marry the spiritual theologies with the messiness and realness of human existence where all humans are deemed essential and not just a few.

“I think we’ve got to stop speaking about humanity as if it’s monolithic. We’ve got to wrap our consciousness around a world where people bring to the world vastly different histories and experiences, but at the same time, a world where we experience grief and love in some of the same ways. So how do we develop theologies that weave together the ‘I’ with the ‘we’ and the ‘we’ with the ‘I’?” ~ Ruby Sales

So what do we do? There is no magic wand that we can wave and make racism and gun violence vanish and white people feel relevant in a world where their dominance is rapidly disappearing. I cannot offer a prescription for healing. In fact, I don’t know what I’m doing most of the time. I am firmly rooted in know-nothingness these days.

But beyond understanding the roots of the problem as Sales so powerfully describes in her interview above, I can offer some beginning steps that I’ve found helpful for myself. I can also offer the perspective that A Mighty Kindness’s mission is rooted in the notion that we must take loving accountability of the parts we play in perpetuating harmful systems in order to dismantle them (including religious systems) and that together, we can define and amplify a new liberating “theology” that will help us weave together the I with the We, which as Sales says, “gives hope and meaning to people who are struggling to have meaning in a world where they no longer are as essential to whiteness as they once were.”

There are, of course many, many other ways to show up and make a difference depending on your capacities: you can demonstrate, make calls, join phone banks, reach out to your legislators, reach out to opposing legislators, run for local office, support political campaigns for people who support your values,  donate to political campaigns or not-for-profits, hold community vigils or prayer circles for healing and solidarity, have a screening of 13th by Ava Duverney at your home and discuss the prison industrial-complex with your local friends, have a book club on one of the books I recommend above… the list goes on and on.

Whatever you decide is your path and your contribution, let’s stay in communication. Let’s share resources. Let’s have conversations. Let’s continue to support each other as we unwind these oppressive systems that hurt and kill far too many of fellow humans. We learn and grow from each other because together, we shall be a mighty kindness.

More on the victims of the Buffalo Shootings

These are his victims that died according to NPR:

Those who were injured:

Footnote (1): What is Public Theology?

On Being host Krista Tippett gives these characteristics of public theology in her introduction to civil rights activist and theologian Ruby Sales.  Tippett posits that public theology: